Several centuries ago, William Shakespeare wrote, “Some are born great, some achieve greatness, and some have greatness thrust upon them.” Thus has the name of Dr. Anthony Fauci become a household word, for a wide range of ages. One measure of his value has been that President Trump attacks him because he is afraid of the truth that Dr. Fauci brings to us. 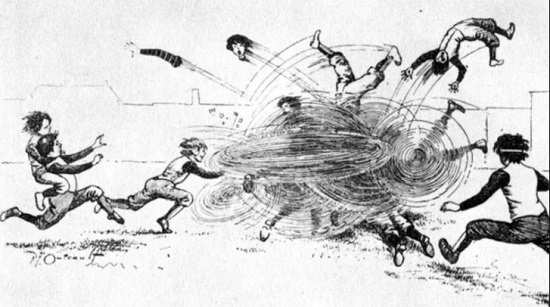 By any measure, football is America’s most important sport. But its evolution was, and still is, very troubled. The first college game was in 1869. Its most ardent fan, starting in 1876, was eventual American president Teddy Roosevelt, whose support for manliness is legendary (his later motto was “Walk Softly and Carry a Big Stick”). But for its first few decades the sport was so rough that it caused numerous deaths and crippling injuries, causing a lot of opposition that nearly resulted in banning the sport. Fortunately for the sport, Teddy Roosevelt championed it during this time.