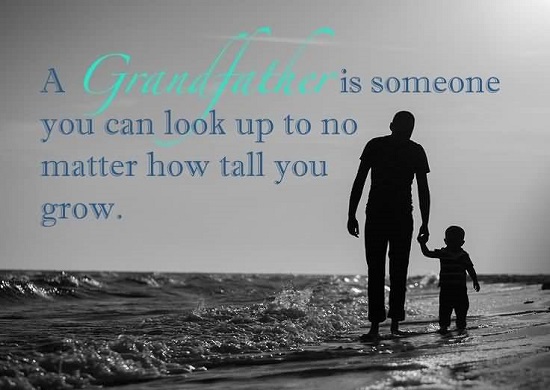 Lots of men DON’T die young, and many of them become grandfathers. There’s considerable advice on the Internet about being a good grandPARENT, and some of it is even useful. But, counterintuitively, the male-oriented Art of Manliness website doesn’t focus on grandFATHERS, though it does include some very wise advice for grandparents that applies to grandfathers.

But there seems to be an important difference between grandmothers and grandfathers. In all except a few cases grandmothers instinctively know how to be good grandmothers. One such grandmother opined that there must be a grandmotherly hormone. That makes a lot of sense, because a woman’s maternal qualities, which lets her endure the discomforts and pain of pregnancy and childbirth, assures the perpetuity of the human race. And those same qualities seem to persist, so that being a grandmother is instinctive.

Men don’t have the same path to becoming a grandfather, so a lot of them don’t really know how to behave. Lucky men can remember what their own grandfathers did, or how they behaved, that was enjoyable, and if the circumstances are similar, they can apply that knowledge. But when grandchildren are very young, the grandfathers likely don’t remember much from their first few years, so they may need to use mostly grandmother-like tactics. One thing they can do better than grandmothers is use their upper body strength to pick up and/or carry their grandchildren. Another thing that they can do, when the situation is appropriate, is to act silly (e.g., wear a funny hat or sing a silly song). And reading to a grandchild, or for older grandchildren having them read to you, is good for both grandparents. Plus, grandparents’ reading aloud helps them maintain youthful (and healthy) voices.