Anyone with a mailing address is bombarded with requests for donations for a variety of causes. In particular, as Americans, we depend on our armed forces to keep us safe from attacks from unfriendly foreign countries. There are numerous organizations that raise money to help veterans, and the messages in their mail campaigns are often heart-rending. And there is a large variety of other causes, e.g., frightful diseases or conditions, who have similar mail campaigns. This situation is ideal for scammers. A popular scam is to send a target person a check, and when the person cashes it a process starts that steals money from him/her.  In our case, fortunately, the check was from a valid charity that we had contributed to, off-and-on, in the past. But this is the first time that we had received a check. It was a small amount, but we wonder why the Veterans of Foreign Wars has done this at this time. We will not cash this check because it will give whoever sent it to me my account number. 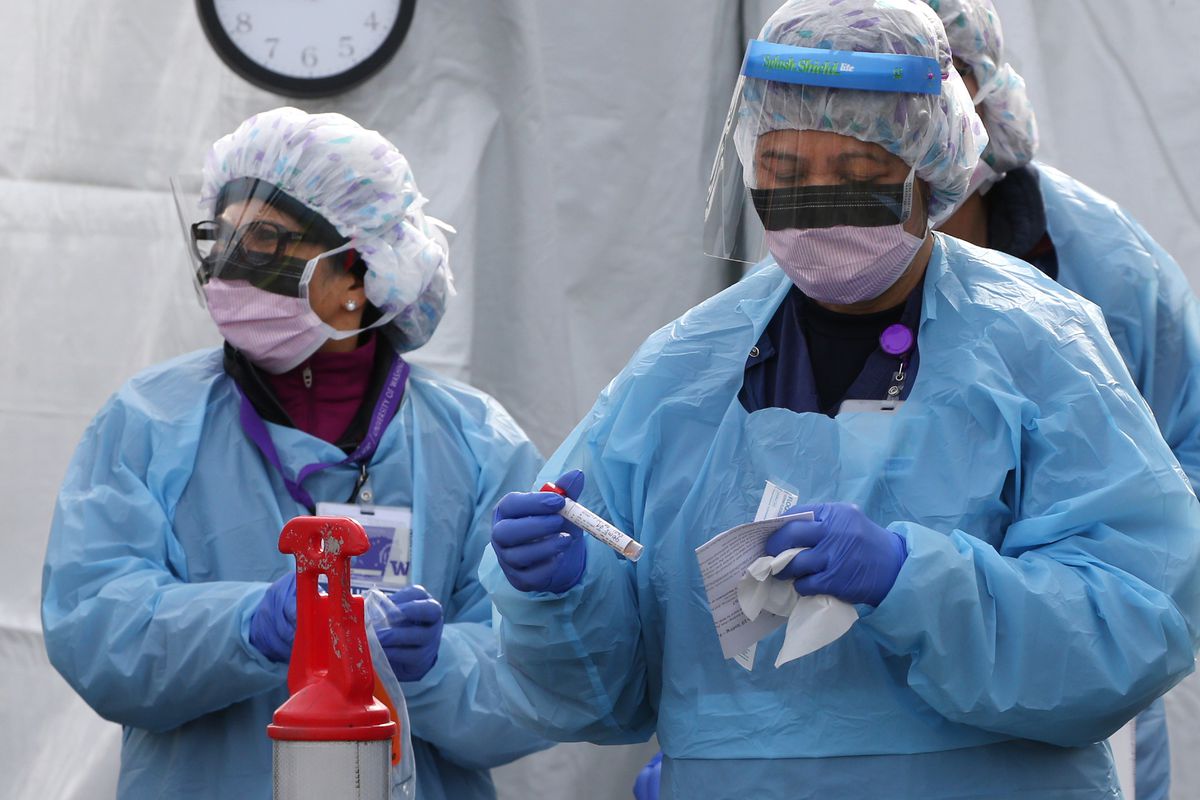 The USA has become too dependent on the cheap products it gets from China. In the face of the high volumes of people stricken by CoronaVirus it was not able to supply enough face masks. In particular, the Federal Emergency Management Agency (FEMA) has in the past provided temporary shelters (e.g., trailers) and other products to victims of natural disasters, but the nature of the supplies needed to deal with the CoronaVirus was so different that potential suppliers were unprepared to provide sufficient quantities of appropriate items. To make matters worse, President Trump and 3M were feuding because he used the United States’ Defense Production Act to prevent shipments of US-made face masks to Canada or other countries. Fortunately, Trump and 3M changed their minds, though Canada and other countries might not be happy because they would be getting the less-effective face masks made by 3M whereas Americans would get the more-effective models imported from China.

Two women, with markedly different stories, spoke on May 3 in Menlo Park, CA about their experiences in World War II. Both published books in August 2013. Eva Maiden, who is Jewish, was 3 in March 1938 in Vienna, when Hitler’s troops invaded Austria. Soon after the invasion, her parents (both physicians), brother, and she began suffering a variety of lost privileges and mistreatment. They were relatively fortunate, as a relative in Switzerland helped them get visas to leave Austria, and they eventually arrived in New York City by ship from Italy. (Her book is “Decisions in the Dark: A refugee girl’s journey”.) Sophie Stallman was 13 in September 1939 when the Germans invaded Poland. A fearless child, she already had flown in an open-cockpit fighter plane, learned to parachute, and to shoot guns. She became a member of the resistance at 15, carrying out a number of dangerous missions, and survived the war. After the war she was a refugee for years, married and had two children, and in 1956 finally was able to get a visa to the U.S.(Her book is “My War, My Life”.) Both agreed that young men in those countries all had to serve in the military, and many lost their lives.

The biggest challenge for military veterans who finish their tours of duty today is to make the transition into a peacetime career. Peacetime is not nearly so exciting as active duty, so it seems boring. And the skills of the military are not all transferable. Education is the key, especially about new technologies.