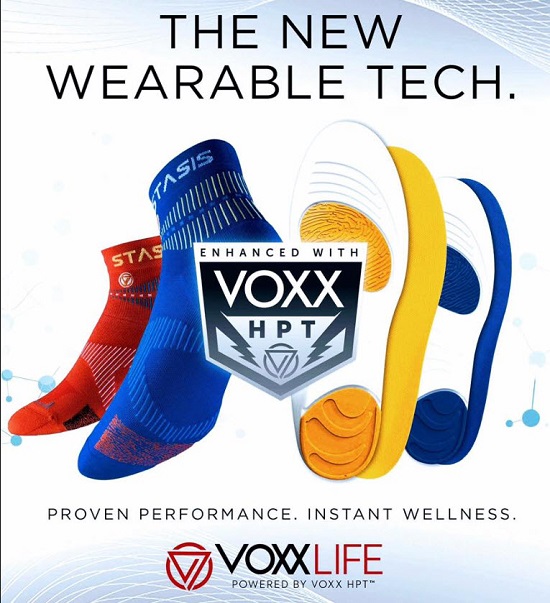 When I first tried on a pair of VOXXSTASIS socks (at the Elevate Performance and PT studio in Redwood City, CA), I was astonished. Studio owner Nadine Waeghe and I took turns lifting each other with and without wearing the socks. It was clear to me that the socks made each of us significantly stronger. Subsequently I wore them in my ballroom dance shoes (special shoes with very thin soles) and noticed that my feet felt stronger and I could dance longer without wearing out. Then I bought a pair of VOXXBLISS insoles that I use in my TOPO walking shoes (which have no built-in sculptured insoles) per my Pilates instructor Maxine Walmsley at the Core Body Connections studio in Menlo Park, CA. These are intended to make my feet “walk as God intended”. Presumably these products will help other people with (or without) challenged feet. 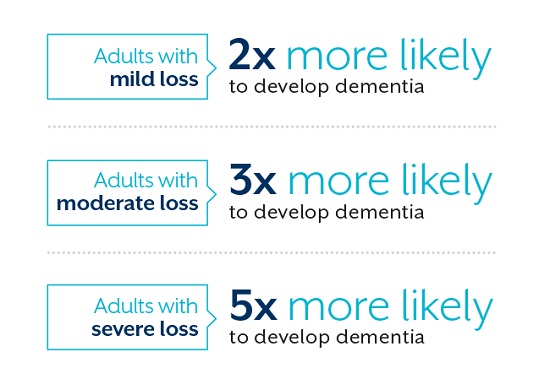 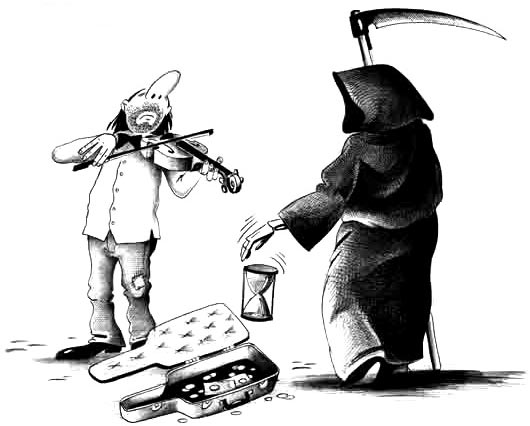 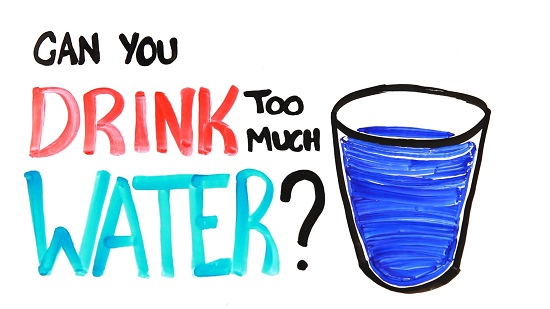 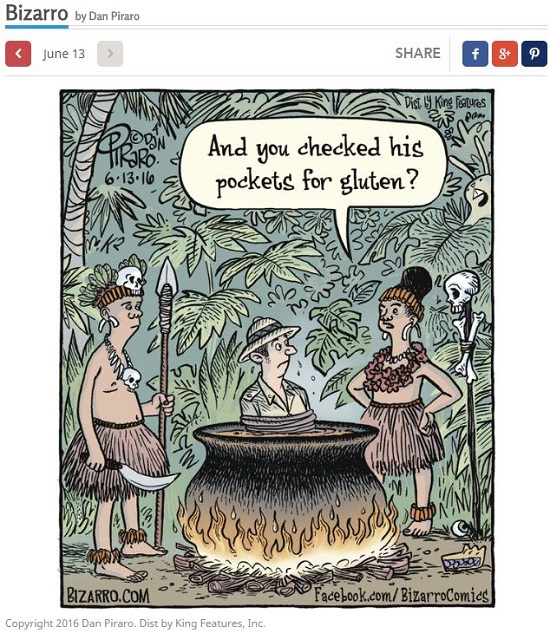 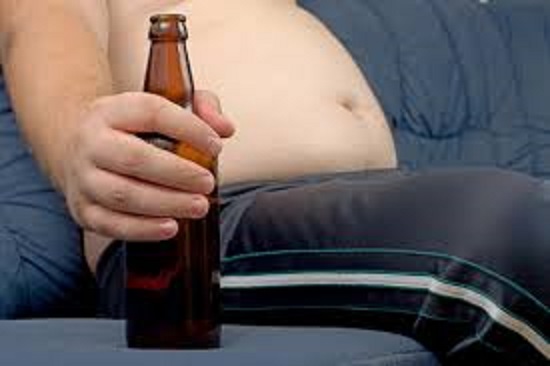 Most sports involve motion, strength, endurance, and other features that help keep us fit and healthy. And they take some level of commitment to initiate and continue. Most everyone would agree that this leads to a longer and healthier life. But you have to actually participate to get these benefits. Just watching doesn’t do it. In fact, the food and drink you consume while sitting and watching—either in front of your TV set or in a stadium or other venue–may actually shorten your life and make you less fit. (Another life-shortening activity is to waste time commenting on your favorite or least-favorite sports team after articles such as this. Better to turn off your PC or tablet or smartphone and do something active.) True, if you make the trek to watch in person, you may get some benefit from walking and climbing stairs, being jostled by other fans, etc. But you would be far better off by forgetting the watching and actually engaging in some sport. And never, never hire someone whose resume mainly features a hobby of sports fan. 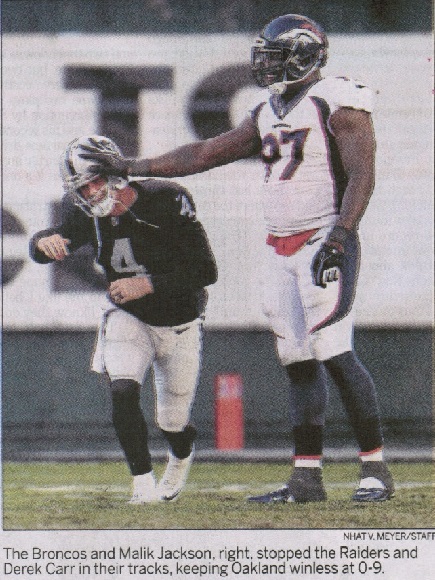 The NFL (National Football League) is a hugely powerful entity, more media company than athletic league. (See our September 17, 2014 Technology Bloopers blog entry.) It has been coming increasingly under fire because of a swell of publicity about the brain injuries that are causing early dementia and death among former players. On November 9, 2014 that swell became a tsunami. The cover story in November 9’s New York Times Magazine deals with the big bucks lawsuits from players with brain injuries (if you miss the definition, C.T.E. stands for Chronic Traumatic Encephalopathy, a progressive degenerative disease caused by blows to the head from football, boxing and other contact sports or explosions). If there ever were a photo that highlights the cause of such injuries the one above this blog entry would be it. Oakland Raiders quarterback Derek Carr is 6′ 3″ tall and weighs 214 lb., so he is considerably larger than the average American man, but he looks like a small child next to Denver Broncos defensive end Malik Jackson, who is 6′ 5″ tall and weighs 290 lb. That kind of size disparity is one key reason that there are so many injuries … and so many NFL players that suffer increasingly from dementia as they age. We scanned this photo from the first page of the Sports Section of the print edition of the San Jose Mercury News. 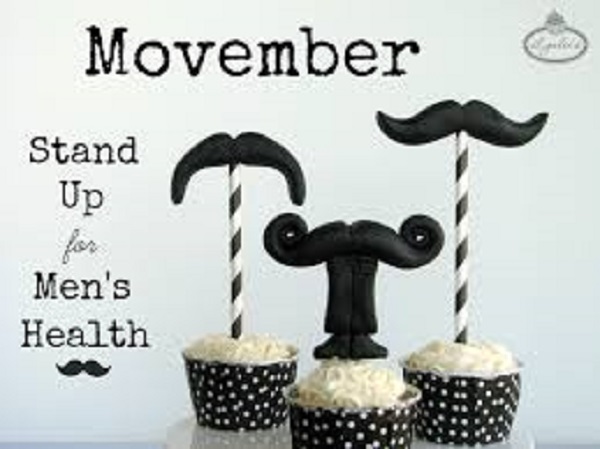 The month of November, with the “N” changed to “M”, now is synonomous with MEN (who are proud to be able to grow a mustache because women can’t, or if they can they don’t want to) doing something to improve men’s health (e.g., preventing or treating prostate cancer), so they won’t die so young in the future. So now when you see giant mustaches sprout on the front of cars you know what it means. Of course the really ornate facial foilage that adorns a few mustache afficionados, and of course mostly earns the owner a lot of ridicule, takes a lot more than a month to grow. Have a look at the Movember website or Wikipedia.

* From a Pogo comic by Walt Kelly, paraphrasing the famous dispatch “We have met the enemy and they are ours” from Commodore Oliver Hazard Perry regarding the victory over the British during the Battle of Lake Erie in September 1813.